Click on cover to pre-order this book at Christianbook.com.

Travis Thrasher is a successful multi-genre writer with a new release expected for early 2019. American Omens: the Coming Fight for Faith is set in 2038. While it’s technically 19 years into the future, some of the plot seems underway already.

All the time I was reading it, I kept thinking of specific people I know who would delight in this book’s futuristic plot. These readers are my acquaintances who are tech savvy, love IoT (Internet of Things) and consider the possibilities of artificial intelligence with great enthusiasm. American Omens will be a must read for those who love to ponder the pros and cons of technology. The LC’s or robotic life companions are noteworthy details in the book, as wells as the SYNAPSYS form of communication and on demand interactive wall-screens.

The main theme throughout the book is the persecution and yes sometimes elimination of Christians. It’s a post-Christian world in 2038 and those in authority are determined to keep it this way. A remnant of Christian characters work to reverse this condition. A showdown is staged in Chicago where unrepentant residents ignore the warnings and suffer disastrous consequences.

A good measure of the dialogue and plot will resonate favorably with readers who are mature Christians. Words shared by key characters like Hutchence and Will are likely to stir the heart and cause heads to nod in agreement. At the conclusion, their journeys finish in a satisfying fashion while simultaneously sharing truths that are in alignment with Biblical truths. The end shows these characters more receptive to following God’s will and demonstrating trust, even when things aren’t going smooth.

There is much to think about in this book. The erosion of individual privacy and censorship run throughout the story. For me I had been on a steady diet of historical fiction, and was interested to read a selection from another genre. The characters are certainly very memorable. There are some fun references to art and music sprinkled throughout the story that keep you thinking. The Orwellian theme draws you in from beginning to end. American Omens: The Coming Fight for Faith will find its way into the hands of many readers and spark a lot of discussion.

I received an ARC of this book from WaterBrook Multnomah in exchange for my honest review. 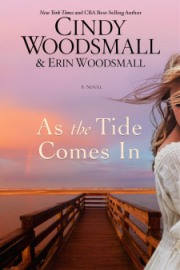 This book was delightful. The author duo used the phrase “mischief magnets” to describe a group of women friends and immediately you’re endeared to these spirited ladies. This quartet of ladies are the supporting cast to a pair of male and female main characters who are multifaceted and mature. I liked the multi generational aspect of the plot, the emphasis on how important family ties are, and the words of wisdom about showing love and kindness.

The main character, Tara, makes some outlandish decisions in the beginning. You want to call out to her, “What are you thinking?” Of course the irrational behavior is explained when you consider her physical and emotional challenges. There are tragic events that set this state of mind in motion.

This is a contemporary fiction book complete with a family mystery and romance. The mystery is resolved in a surprise ending that is foreshadowed by just a few breadcrumbs of clues. Family roots are untangled and revealed for a positive and satisfying ending. The author duo, Cindy Woodsmall and Erin Woodsmall, show great skill in presenting the characters’ full slate of emotions through triumph and tragedy.

If you are a fan of Cindy Woodsmall’s Amish Fiction, you will be pleased to venture into this book with a new setting. Most of the story takes place on Saint Simons Island, off the coast of Georgia. Woodsmall has some fun with Southern dialogue and customs. You’ll be moved emotionally. I received an advanced reader’s copy of this book in exchange for my honest review.

The Road to Magnolia Glen

Historical fiction fans will agree this is a five star series. I read The Road to Magnolia Glen, Book #2 in the Natchez Trace series . After just a few pages, I was digging into additional resources to find out more about Mississippi’s Natchez Trace. Its historical value is so vital that it is has been designated a National Parkway, managed by the National Park Service. A historical fiction book is always a winner when it prompts readers to go looking for more.

The immigrant experience is featured in this book. Natchez located on the Mississippi River is a crossroads of commerce. Immigrants with little means arrive as indentured servants and agree to work off the costs of their ocean passage. This story follows some indentured servants and others who arrived free of service obligations. A main character, Quinn O’Shea is a freeman ready to embark on a bright future. His intention is to unload his two younger siblings on his older brother and then strike out on his own. But Kiera Young, an indentured immigrant, wins his heart and his plans follow a different path.

Pam Hillman’s female characters are stars. Both Kiera and Isabella are problem solvers and resourceful. Readers will develop empathy for the colonial women’s plight, when they read about the obstacles these females must overcome. Kiera boards at Isabella’s plantation home and launches a stand where travelers along the Trace can secure food and modest lodgings. Stands along the Trace historically sprung up at intervals of a day’s travel. Kiera establishes a popular stand frequented by Trace travelers, as well as the loggers and field hands employed by Isabella and Connor at Breeze Hill Plantation.

Isabella and Connor are a couple that will capture your heart. They plan together, work together for common goals, and balance each other out in a charming way.

The cast of secondary characters drive the threats that have the potential to derail everything. A distraught father seems determined to harm Kiera’s sister because he holds her responsible for his son’s middle of the night elopement. The young couple’s disappearance sets in motion a search and rescue mission. The outcomes are likely to be vastly different based on who finds the couple first. The lecherous tavern keeper, Pierre Le Bonne, and his henchmen persist as ominous threats from beginning to end. Fans of inspirational historical romance will eagerly await the next installment in this series. I received a complimentary advanced reader’s copy from Tyndale House Publishers, Inc. in exchange for my honest review.

I always look forward to reading a Susan May Warren book. Storm Front met my expectations and then surpassed them. It’s a romance story wrapped in a fast paced plot. Life and death hang in the balance as extreme weather events sweep through the story. The storm chasers and rescue teams join forces to locate the missing. It’s a rescue and recovery story on two levels. Sure there’s the physical part of setting things right in the wake of a devastating tornado. Rubble is bulldozed away. Electricity and water are restored. The community can rebuild. Running through this story line is the rescue and recovery of many characters, who pick themselves up from the pit, anchor themselves to solid and healthy relationships, and then adopt strategies to hope again with an optimistic outlook for the future.

We meet the female characters in real-world situations. Some are working hard to balance careers and family. Brette manages her personal battle with disease, its treatment, and finding out what the future holds. The male leads are also embroiled in captivating scenarios. Ty is sure he has disappointed his mentor and can’t shed the emotional baggage. Ben is trying to make a star-quality musical career work while simultaneously being a devoted family man. You’ll warm up to these characters and care about how their stories end.

Susan May Warren’s prose teems with quotable quotes. Peppered throughout her chapters are nuggets of wisdom, readers will take to heart. The ending wraps up nicely. You can’t go wrong with this book that is book five in the Montana Rescue series. I received an advanced reader’s copy of this book in exchange for my honest review.

A superior five star plot based in a magnificent setting. Burning coals shoveled off cliffs f

or star-fall like evening entertainment is not the only activity where the temperature is rising. The smoldering romance between Olivia and Clark ignites into a genuine love story. As their relationship heats up, they forge a lasting bond based on their true selves. Each character experiences betrayal and dashed dreams, but finds healing in beautiful Yosemite National Park. The subplots and lingering mysteries keep you guessing until all is revealed at the story’s end.

Christian themes are woven expertly into this story. Clark says, “Olivia, you’re never alone.” Echoing the sentiment behind Hebrew 13:5. As you watch the main characters’ plot lines work out for good, you recall that God has a plan for each life, and while you may not see it now, you can trust that God loves you as his heir and intends for you to find your way back to him. The dialogue describing how grace differs from disgrace is heartwarming and original. You’ll remember this exchange long after you finish the book.

This title is book two in Karen Barnett’s Vintage National Parks series. The attention to detail she has given to establish the correct time period reflects a high level of research. The musical references, hairstyles, and male and female attire are right out of the late 1920’s.

You’ll be glad you spent time in Yosemite National Park with Barnett’s novel. It’s as grand as the park itself. I received a complimentary copy from the publisher for my honest review. This book is available in early June. 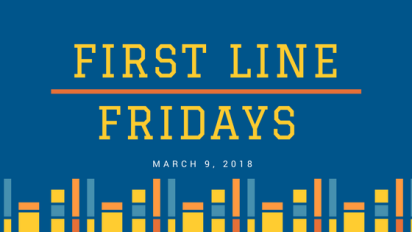 “He was going to hit that pick up truck. ”

This is the first line from Sea Rose Lane by Irene Hannon. It is book two in the Hope Harbor series. The first book I read of Irene Hannon’s was Fatal Judgement in the Guardians of Justice Series. I thought the pace of this Romantic Suspense was terrific. I went on to read Vanished and enjoyed this novel as well. Later I read, One Perfect Spring and thought this book was superb. It was a great multi-generational story with characters you grow to care about. So I am excited to delve into Sea Rose Lane and enjoy the rest of this series.

Thank you to Hoarding Books for sponsoring First Line Fridays

I developed an ear for quality quotes back when I was a field editor for an agricultural newspaper. Often the catchiest phrase was spoken at the very end of the interview. I concluded that a comfort level had been achieved at the interview’s close, and people could finally just be themselves. Experience taught me to keep my eyes and ears sharp until the final goodbye.

This is a habit that’s still with me while reading fiction. Sometimes a nugget of wisdom will just jump off the page. I savor these words. I am so impressed when an author gives their characters great quotes to share.

As I wrap up each book, I plan to highlight my favorite quality quote. Since I’ve just finished The Masterpiece by Francine Rivers, my selection is found towards the end. The main character Roman and Pastor Brian are talking. The topic they’re discussing is keeping your wits about you and listening for God’s voice. Brain says, “You’ll know where you’ve gone wrong and how to get right with God. You follow His lead. Your life begins to change from the inside out.”

Roman seems to think Brian has it all together. But Brian responds, “Hardly…Pastors tend to be targets for the enemy. Destroy a shepherd, and a whole flock can be lost.”  Word choice is an essential element in good writing and this passage is stellar.